So, that guy who runs with me and lives with me and stuff is pretty cool.  For any of you who don't know him, honestly, he is.  And he would be the last person to tell you that, because he's so humble and modest and whatnot, so that's why I am taking it upon myself to tell you about how amazing he is.  The reason I am telling you about his amazingosity right now is because of his triple whammy from this past weekend.  If you recall back in June, we had a "double header" which was two races in one day.  Mr. Marathon said double headers are for WIMPS (totally kidding!!!!) so he decided to do a triple whammy: obviously, three races in 24 hours.  And that's just what he did.  Let me break it down for you how he spent his Saturday on November 1st. 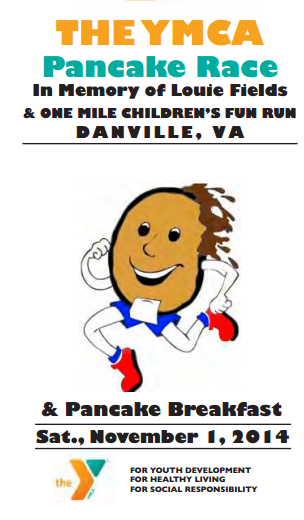 This race, we both did.  It was located in Danville, so it was fairly close (like a 45 minute drive).  We got up and headed out, although it was chilly and damp.  We took off in the smallish crowd, and it was a nice and flat course, so we were down and back in what felt like no time at all!  He finished in 18:40 (NEW PR!!!!) and placed 3rd overall!  I finished..... and puked (but that's another story for another time... ew). 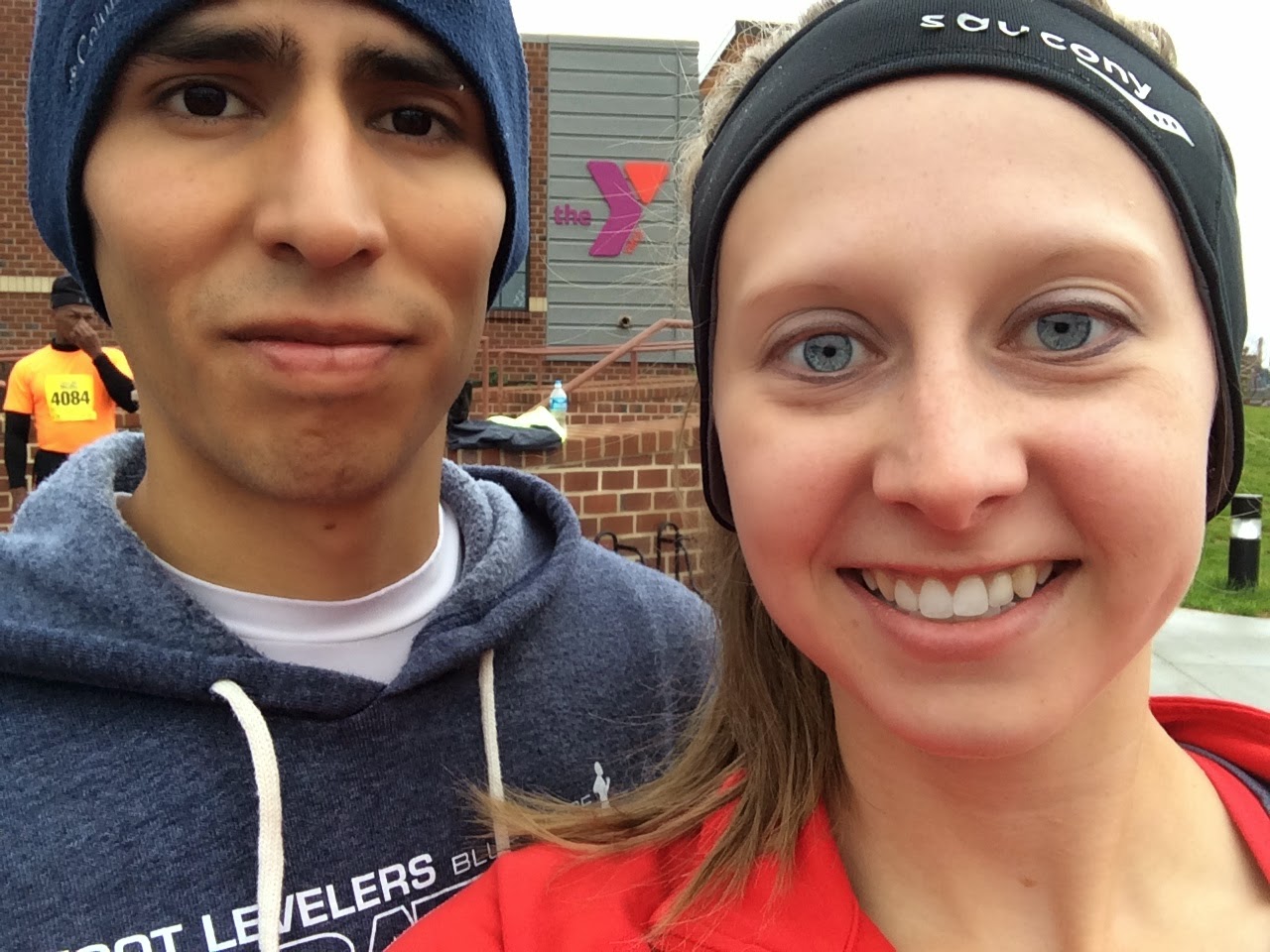 I left this obstacle mud race to Mr. Marathon, mostly because I was tired and sicky feeling by this point in the day, and the fact that I refuse to get dirty.  It was still cold and damp and threatening rain, or drizzles at least, but that didn't stop my hubby.  He got right up in the front of the very first wave and rocked it out!  He wasn't in first place at the very beginning, but as they had to push their way through the 3.7 mile course and tons of muddy obstacles, he slowly took his rightful spot.... as the 1st place overall finisher!!!!!!

This race was such an interesting idea, which is why Mr. Crazy, ahem, Mr. Marathon couldn't turn it down.  This run was to take place at 1:50 AM on the night of the time change, so essentially, you were supposed to finish "before" you started.  I did not participate in this run either, because let's face it, I need my beauty sleep.  And I was still feeling yucky from the morning, and with a FULL MARATHON COMING UP, I couldn't have any of that.  So, he traveled without me, but with a friend of his up to Roanoke (about an hour north of us) at around midnight to be there for the 1:50 start time.  After freezing his buns off for the packet pickup and the pre-race briefing, he took off at 1:50 and finished at pretty much 1:10 AM, traveling back in time 40 minutes and 46 seconds!  WoOoOoOoOo!  Oh, and he came in 1st overall in that one with a time of 19:13.


Enough about how awesome that guy is.  Because come Saturday, we will both be awesomely amazing.  The countdown is on: 2 days, 10 hours, 17 minutes til Savannah Rock 'n' Roll!  EEEEEK!!