Yesterday, I had the weirdest run I have ever had.  Don't worry, though, it's probably not what you'd think.

You see, after last week's horrible crash and burn incident, I had very low expectations for this week's long run. Last week, I only had to run 18.  Yes, only 18.  This week I was moving on up to 20.  After the terrible wall I had hit last week at mile 16/17, I was dreading the 20 miles.  I knew that I would fall apart either at the same point as last week, or maybe even sooner because of the anticipation and whatnot.

Regardless, I suited up and we headed north to the Roanoke River Greenway for a new place to run to keep it fresh.  It was a beautiful, busy morning, and we headed off for part 1 of our 20 miler.  We decided to chop our run in half so we could meet our running posse in the middle because they were going to run there too, just later that day.  So, 1 mile in, I panicked, realizing that we had left our GU and Huma in the car, even though we were just going to probably eat it when we hit the halfway mark back at the car anyway, but I was freaking out, so my lovely husband ran all the way back then came to catch up to me with our sustenance, which ended up giving him 22.1 miles.  Show off.


Anyway, I made it through the first 10 miles, no problems besides the moderate anxiety of forgetting something for my run and then being in a new strange place.  We met up with our friends, and they were nice enough to slow down for me for the first few miles.  After some serious hills on the way out and some serious hills on the way back on the second half of our run, I realized that I was going to do it.  I kept running and running, and before I knew it, I had hit mile 17, still running.  Then I came to mile 18, still running.  Mile 19 flew past me and before I knew it, my watch beeped at 20.  I couldn't believe it... it was so weird!  I had completed the entire distance.  The distance that I have been dreading for 12 weeks of my training.... done.

And not only was it done, but I had met my goal.  I really try to not set time goals for my long runs because I'm really trying to up the distance, not the speed, but I still had a general number in my mind floating around.  I wanted to maintain less than a 13 minute per mile pace, which put me at finishing at anything less than 4 hours and 20 minutes.  Well I certainly did.  I finished at 4:17:53!!!!!!  Not only did I not hit a physical or emotional wall, but I managed to finish in the time that I wanted.


I have a friend who is training for a marathon as well, and I really like what she posted one day on Facebook: 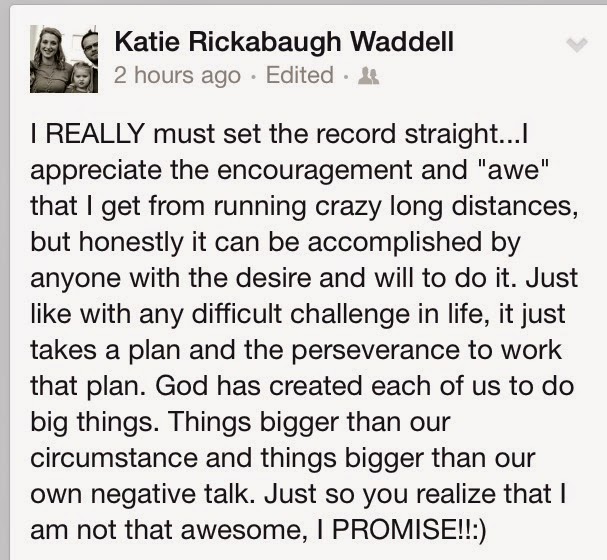 I totally like it except for the fact that she is THAT AWESOME.  Regardless, here is your food for thought this week.  It has been inspiring me for the past few weeks, and these words will continue to inspire me throughout my training, I'm sure.

No, the title of this post in not referring to The Wall by Pink Floyd, or the Wall Street Journal or any of those other walls.  The wall referenced in the title is talking about my personal wall.  You know, that wall that you hit when you're running and you just can't run anymore.  I had experienced what I thought was a "wall" in my other long runs around mile 10 or 11.  I had no idea that my real wall was less like this: 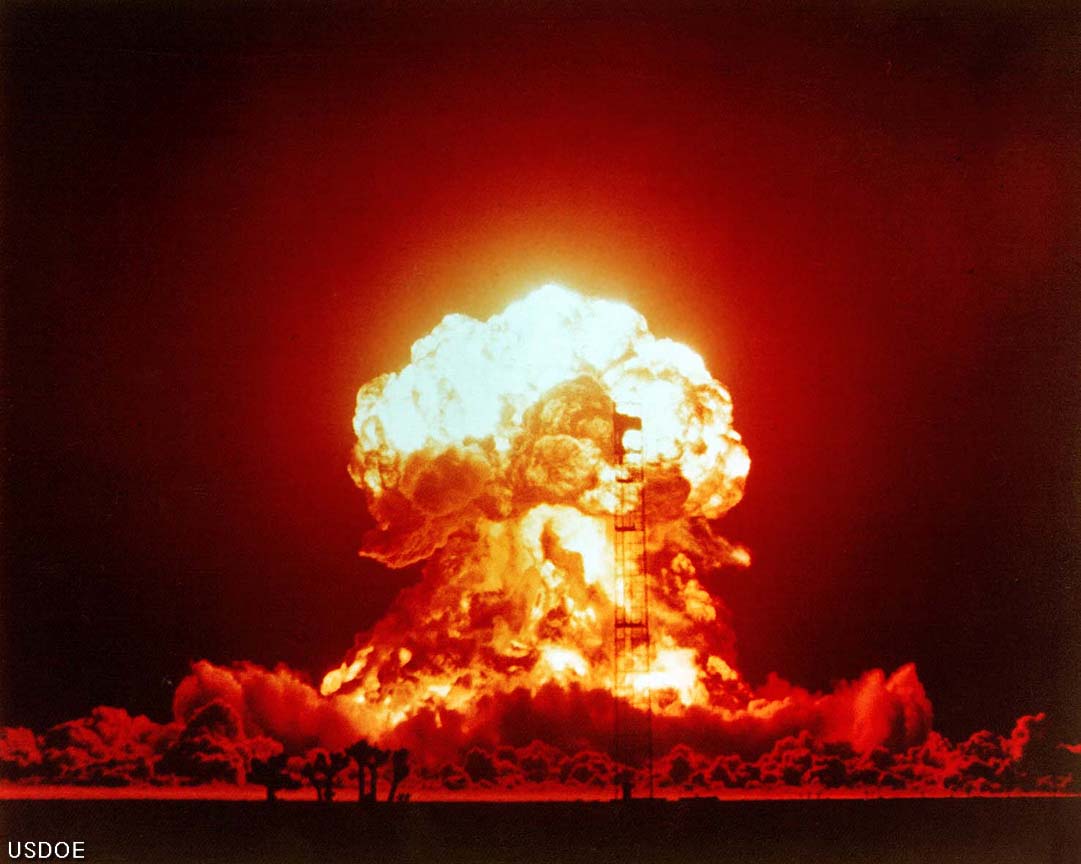 Ok, so I totally mean that figuratively, not literally, don't worry.  But allow me to elaborate.

You see, I was feeling awesome.  We decided to take our long run this week at a trail we'd never run on before.  Well, we've had two races there, but no training run or anything.  We trekked to the Riverwalk Trail in Danville, VA, about an hour east of where we live.  This trail was exciting and  new, not to mention FLAT in comparison to our normal Dick and Willie trail.  I was so excited!  We took off and it was beautiful weather, cloudy and in the 60s.  It was a perfect morning for a long run.
We ran through woodsy areas, then under some bridges, and all the while, in the first 5 miles I had maintained a 12 ish minute per mile pace, which is ideal for my long runs, which have been averaging out at about 13 or 14 minute miles.  I was so excited!  The only reason this changed was we decided to stray from our predicted route to run across this really cool bridge that went over the Dan River.  We walked over the bridge a little leisurely while sipping some water and enjoying our GU.  It was very nice, but it slowed down the pace to about a 14 minute mile.  Then, I went right back to the 12 ish minute miles.  I managed to maintain that once again until like mile 15 (with a short watch-stopping break to enjoy a PB&J). 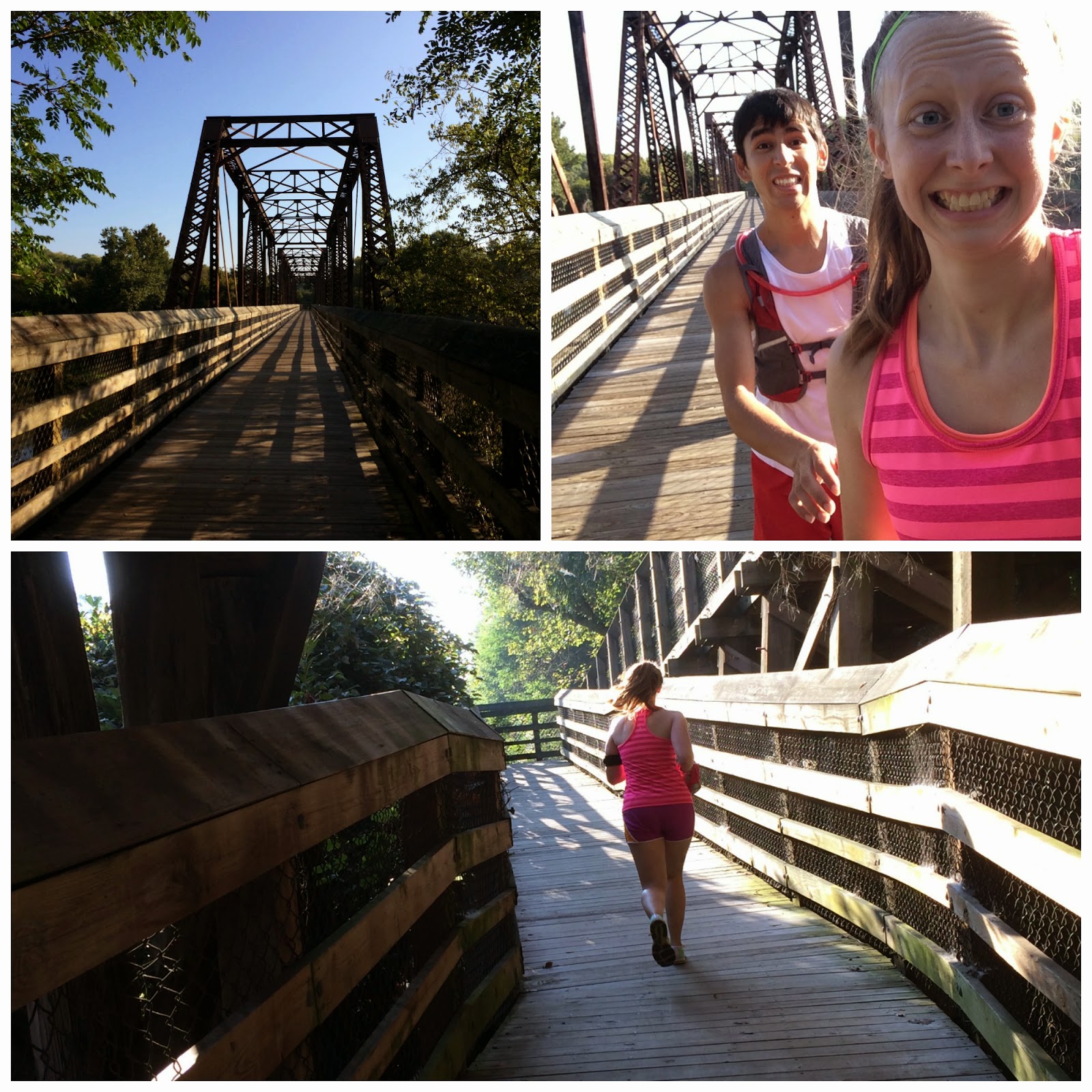 Anyway, I hit the half marathon mark at 2:44, which is so much better than where it's been lately, pushing 3 hours.  I was thrilled by this!  And I was thrilled that I didn't have to use my inhaler until mile 10.  All these things were going just amazingly.

Until my aforementioned wall... or as I like to think of it my crash-and-burn.  We realized at about mile 16 that we were going to have to improvise to add some additional mileage.  The trail was shorter than anticipated, so we would have to tack on some extra miles at the end.  At mile 16, I began to slow down thinking of ways to add mileage to make it to 18.

Once I hit mile 17, we could see our car across the park, and this is when the crash-and-burn situation occurred.  I was falling apart.  I was tired, I was frustrated, I was done.  I fell completely apart.  I could not go any further.  We walked and walked just trying to get my Garmin to sing the glorious song of the heavens to let me know that we had made it to mile 18.  It just wasn't happening.  That mile was the longest mile I had ever gone in my entire life.  I am pretty sure I was literally dragging my feet near the end when we were running in circles around the parking lot with a quarter of a mile to go.  So, I ended up with a 13ish minute per mile pace, but that is the fault of miles 6, 16, and 17. 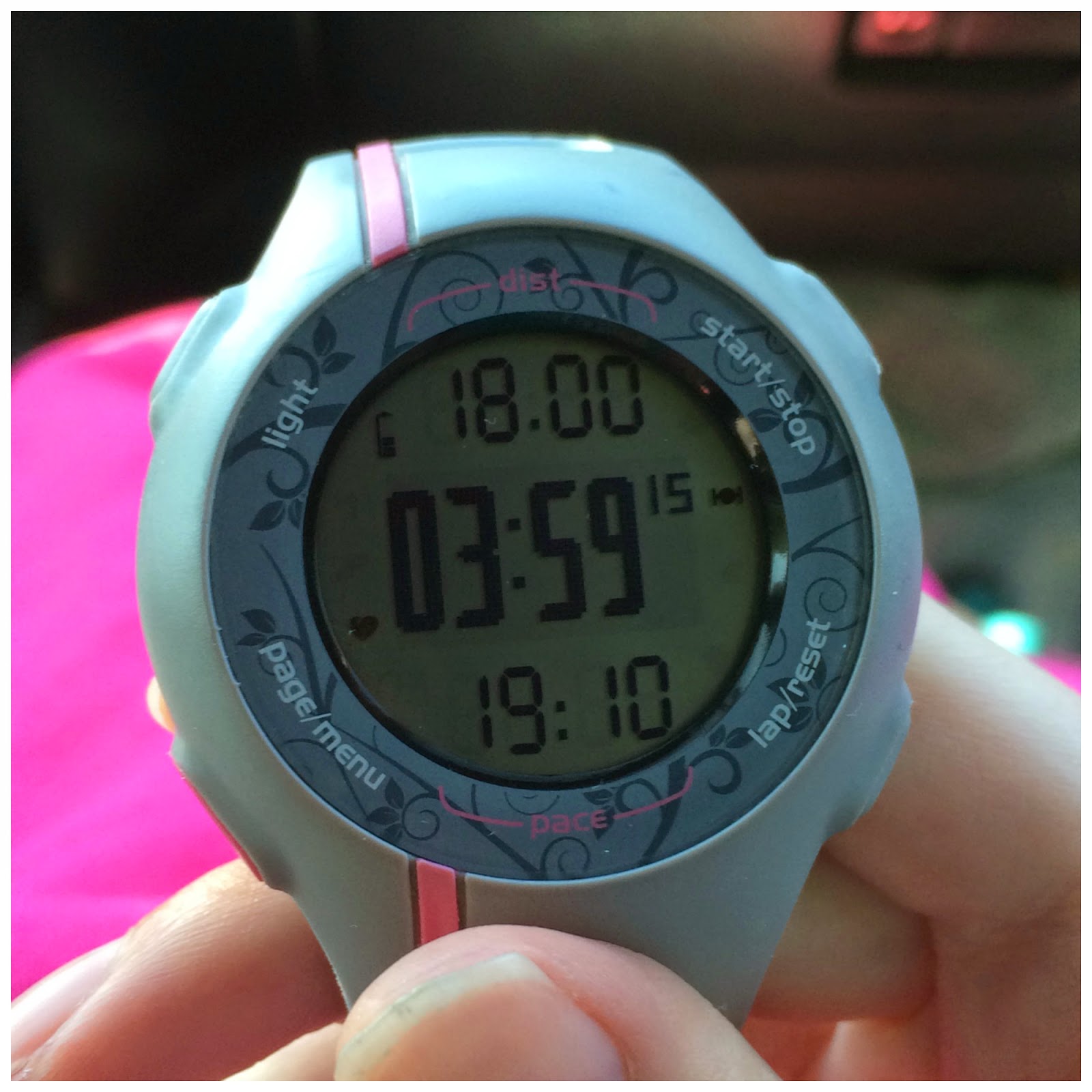 Once the watch beeped, I collapsed in the car and we made our way to Golden Corral for a victorious lunch.  Despite my crash and burn and good attitude turned bad, I did it.  I did it.  I made it 18 miles, 15 of which, I actually did a pretty good job of maintaining a 12:48 pace per mile.  That is something to be proud of.  But mostly, I am happy that it's over.  Until next weekend... where I have a 20 miler awaiting me....

Ok, so this past weekend was super busy and this week took off without me.  I had a lot to blog about but I kept putting it off.  Sorry! 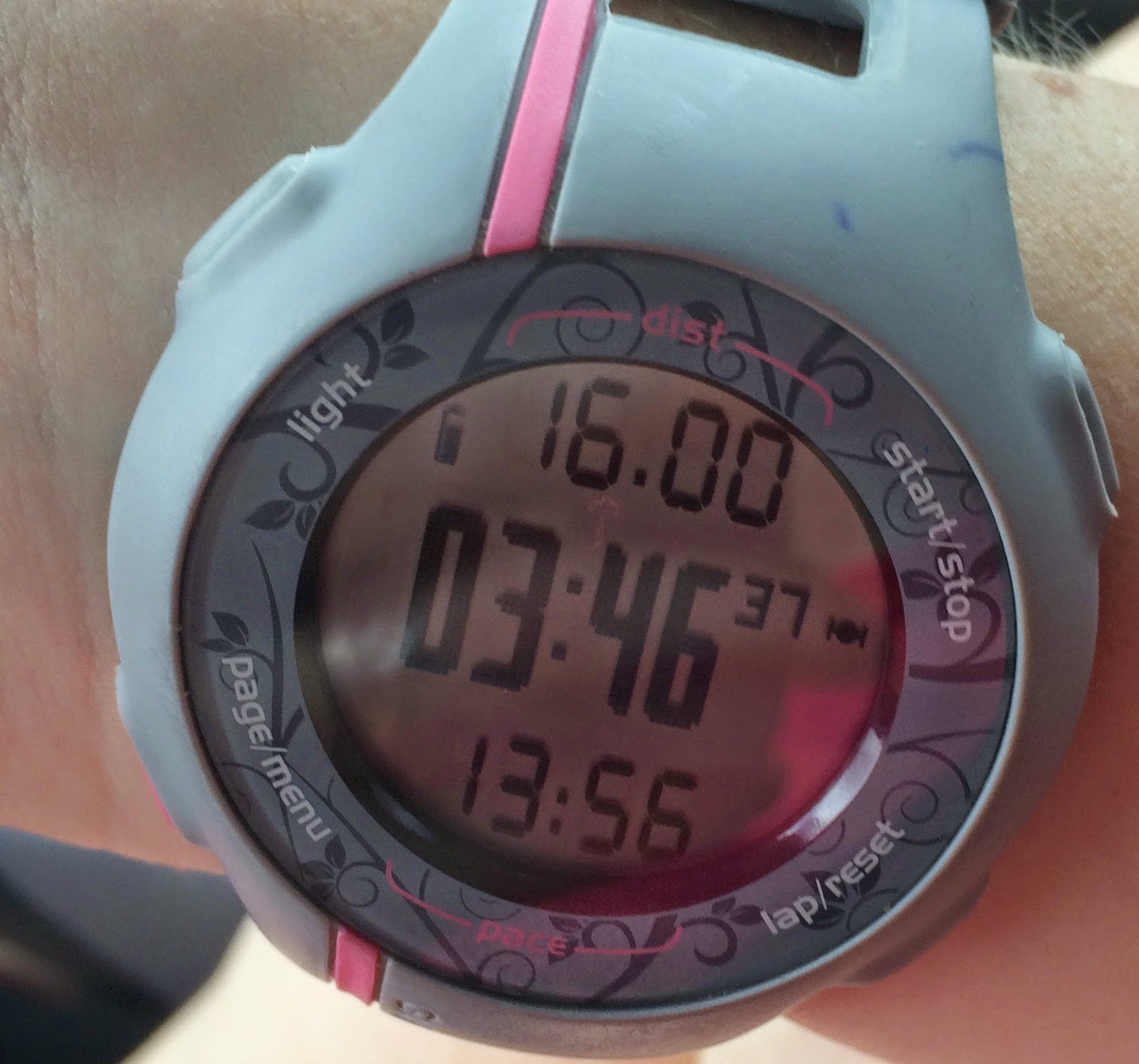 Anyway, over the weekend I took my for real 16 mile run, despite the misleading alliteration from a previous week's post (Sweet 16 Minus 1 Plus 1 BIG ANNOUNCEMENT!).  On Saturday, we set out on our separate routes-- my 16 miler and Mr. Marathon's undetermined distance, at his faster pace.  The trail that we like to run on, the Dick and Willie, is 9 miles round trip, so my plan of action was to run it once the full length then go back to do 7 more.  This was nice because I got to take a pit stop at the car and refill my water bottle and eat a PB&J that I had stashed for a mid-run picnic.  It was not nice because going out on the trail is a lot of uphill, but then coming back is obviously downhill, and after already doing over half of my run, I really did not want to go back up those hills.  But despite my slow pace and some persistent rain for the first 14 miles, I managed.  I thought I was not alive anymore around mile 14.5, but turns out, I was!  Mr. Marathon being the show-off that he is ended up doing 20, with the first 12 at his pace, then the last part with me.  Even though we were moving slow, we did it!

Then on Sunday, we met with our new running friends.  We have been running with this little posse for a couple of months now on Sunday mornings and it is so nice to have somebody to run with!  I got left in the dust this Sunday because of the day before... you know... when I ran 16 miles.... which is officially the longest I've run???? (until this weekend.... gulp!)  Anyway, I only managed 4, but the group was so sweet to run with me my 4 and then they took off on their remaining 6.

So let me back up real quick and break this down for you.  Over the weekend (Saturday and Sunday) we ran A LOT.  I'm an elementary school teacher, so I have to show my work to prove it: 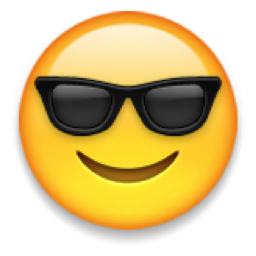 Saturday was the day I had been dreading for 8 weeks.  I have been semi-secretly working on a semi-secret mission for 8 looooong weeks and 161 looooong miles.  I haven't wanted to announce it.  I haven't wanted to jinx it.  I haven't wanted to embarrass myself.  I haven't wanted people to think I am any crazier than they already do.  But now, I am starting Week 9, which is the halfway mark, so it's about time to make this known.  I, Elizabeth Garcia, am training for a marathon.  Like, 26.2 miles of crazy.  Like for real for real, a full marathon.  I have had this goal in the back of my mind since a year and a half ago.  But something has always come up.  This time, I have decided that no matter the excuses I can come up with (including my new-found asthma), I am going to run this marathon.  No matter how slow I have to go.  Which marathon?  I'm glad you asked.  The Savannah Rock and Roll in November is the race I have selected for my first.  Wish me luck!

Now that this grand announcement is out of the way, I can tell you about my weekend.  This weekend was a busy one!  Labor Day is always a fun weekend for me because Mr. Marathon and I usually are both off and ready to relax.  This year, we were both off, but we hardly had time to relax!  We got to visit with our trusty 4-legged companion (the dog we get to dog-sit when his humans are out of town) starting on Friday.  Saturday was the day I had been dreading for 8 weeks.  I had my longest run to date scheduled for week 8 of my training plan-- a 15 miler.  I have been slugging through 10 and 12 milers, but I had yet to break the 13.1 mark... until Saturday.  And I did it!  Slowly and painfully, I made it through.  Completing this 15 miler really gave me hope that I can do it.  I have 9 more weeks of training to make it through, but knowing that I can go farther than I have before really encourages me!  I feel like I actually can do a marathon.  I know that 15 miles isn't quite 26.2, but I still have 9 weeks to build up to it!