It's that time of year again. Time for us to recap last year, and to make plans and goals for the upcoming year. 2017 saw lots of ups and downs, and highs and lows for our running.

In the beginning of last year, I was rebuilding my mileage after recovering from pneumonia. Alfredo was just beginning his Boston Marathon/Blue Ridge Marathon training. We didn't have a whole lot going on the first few months of the year, but Alfredo did the first race of the year (the Martinsville Bulletin Half Marathon) in March. 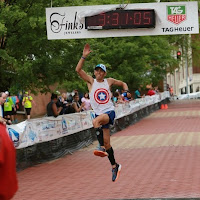 In May, I hit a PR for the 8K distance in the Super Run and placed 2nd overall female! Then at the end of the month, we ran the Run for Kids 5K during Memorial Day weekend. I hit a PR and we both placed in our age groups. We also kicked off the Runner's World Run Streak for summer 2017. 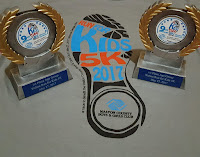 The summer was more eventful running-wise than we predicted. We ran every single day from Memorial Day to the 4th of July and beyond for a 70 day run streak, and during the streak we did some races. We did our first 10 Miler in Baltimore, and he won the Danville Braves 5K and made his baseball pitching debut (lol). 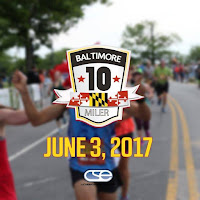 Fall came round and we had plenty of goals for our running. He began his final season of cross country at Averett University, and I had begun training for the Outer Banks Marathon. We took our training very seriously and hit the ground running (hah). We also lucked into doing the Hokie Half Marathon in September, and Alfredo had completed 2 meets for cross country, which we never even did a blog post for! YIKES. During his second meet, he even set an 8K PR of 28:50, beating his previous PR by one minute and seven seconds!

In October, he had another meet, and I did the Danville Half Marathon as part of a 20 mile training run, and I ended up hitting a PR of 2:12:33. I never ended up doing a post for this event either, because it was such a traumatic run. Ok so I'm being a little dramatic, but it was a terrible run. Then later in the month, I sprained my foot then made an awesome comeback just in time to finish marathon training strong. He finished his cross country season at the end of October at the USA South Conference meet. To top off a great month, he also found out that he was accepted as an Elite Honey Stinger Sponsored Athlete! Wowie!

November was tons of fun! Earlier in the month we traveled to the Outer Banks for our marathon weekend in November. It was great, we both set PRs, and he came in 3rd in his age group. Later in the month, we ran 2 Thanksgiving runs and had tons of fun. 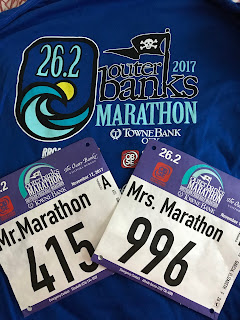 Then December. I had my highest mileage month of 124.11 miles, a result of kicking off my marathon training. I jumped right back into marathon training after just a couple of short weeks off. I decided to do this because as happy as I was with my marathon time from the Outer Banks, I just know I can do better. Throughout my Outer Banks training, I kept on thinking to myself, Dang, I should have done this, or I should do this differently next time. So, here I am. Doing the things I should have done, doing them the way I think I should have done them. I know I can do better, and I hope that I can meet my new dream-big goal for the marathon. I think I have decided on the Wrightsville Beach Marathon on March 17.

As for Alfredo, he's got some dream-big goals for himself this upcoming year. First on the agenda is the Martinsville Half Marathon. At this race, he wants to set a half marathon PR, which will keep him on target for the next goal of running a sub-3:05 marathon at Blue Ridge on April 21. Just in case you didn't know, this is America's Toughest Road Marathon! So this will prove to be quite the challenge. And finally, drum roll please.....

This year, the year 2018, will be the year that Alfredo Garcia Huerta will (hopefully) conquer the IRONMAN distance at Ironman Maryland in September! And to add some more pressure on himself, he has another goal that would require full attention and training. He not only wants to complete this Ironman, but he also is going to try to qualify for Kona, the Ironman World Championship. This is a crazy goal, but he is willing to put the in the work that is necessary to attempt this goal. Yes, people may think this is crazy. Yes, it may not happen on the first try. But he is willing to do what it takes to get there. In order to qualify for Kona, a triathlete must place top 3 overall (or top 3 in age group) in an Ironman-sanctioned event.