Last Saturday, Mr. Marathon and I participated in the Goblin Gallop for the third year in a row!  We had a great time, despite the rainy, chilly weather.  This year, it was not only us on "Team Garcia."  We convinced a few other friends and family members run with us: my dad, Mr. Marathon's mom and nieces, and one of his good friends.  We all had a blast, but even better: we all won a medal!  All of us placed in our age groups, except for Mr. Marathon.  Because he placed second overall, duh.  He also won another award that I'm totally jealous of.  He won the costume contest!  And he wasn't even trying!  We decided to wear some striped tights to fit the Halloween theme.  However, the reason I am jealous is because we were pretty much wearing the EXACT same thing, and he won.... but I didn't....  RUDE! It must have been his orange shoes that matched his orange tights.  LAME. 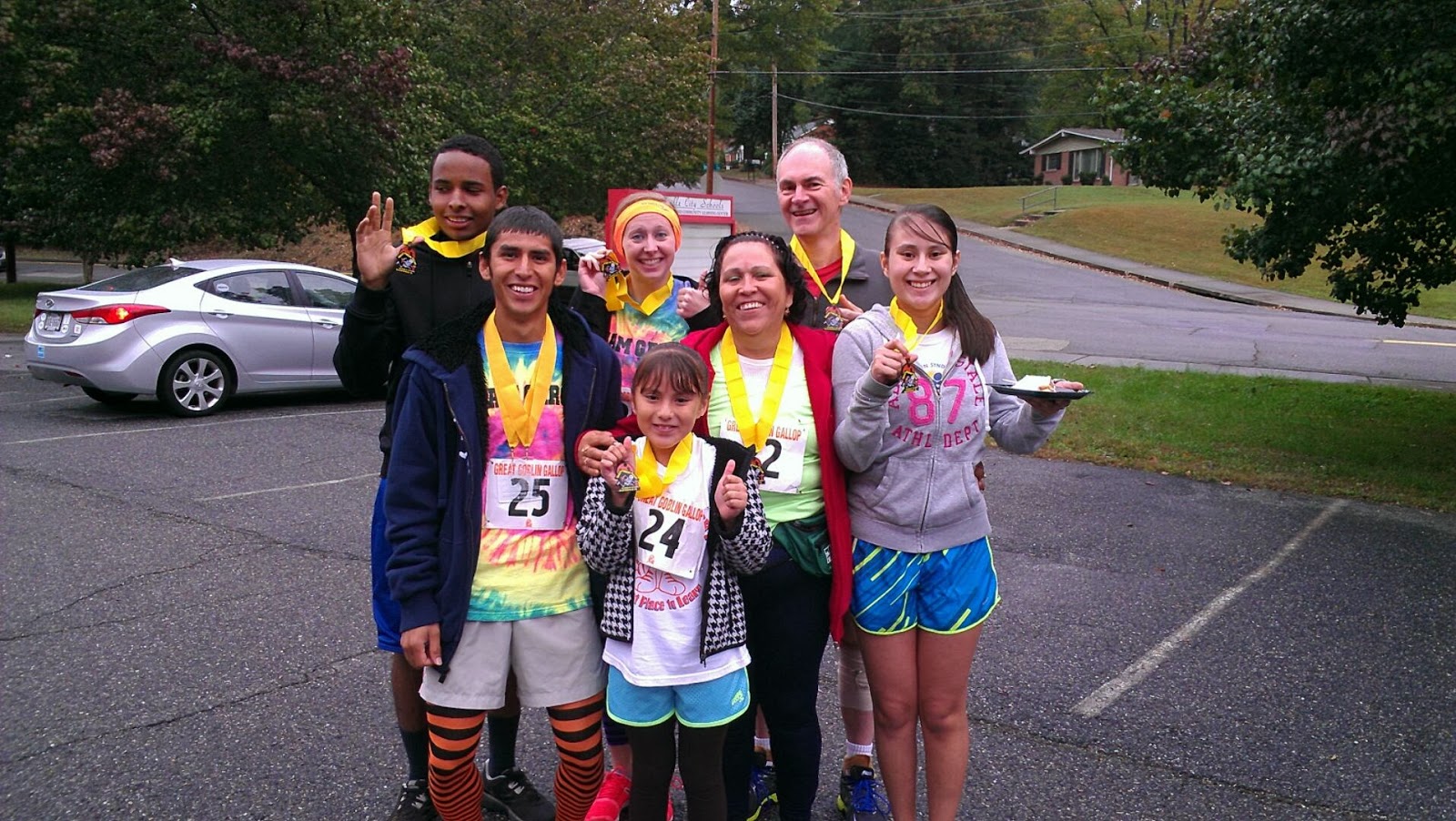 Today we also hit the trail with my dad for a chilly, wonderful 4-miler.  We really really want to get back into our groove, which I lost because I have been so busy with my third graders and Mr. Marathon lost because of school and soccer.  The upcoming race for right now is the Patriot Trail Run 5K.