Double Header! (Run for Justice 5K/10K and Light Up the Night 5K)

This past Saturday, Mr. Marathon and I tackled our first ever double header.  What exactly do we consider to be a double header?  That's two races in one day.  And that's exactly what we did.

In the morning, Mr. Marathon, his family, and I headed east to Danville, VA, for the Run for Justice 5k/10k. Mr. Marathon did the 10k and I did the 5k.  We had heard from a couple of people that this particular race was nice and flat. Good news, right?!?  Well, we were just so excited about the flat course that we didn't even think about the fact that the humidity has been ridiculously high in the mornings.  And this race was in the morning.  Next to a river.  On a cloudy humid day. Of course. The humidity causes us all to start sweating before the run even started!  And once the run began, the humidity felt like it was slowly suffocating us.  Regardless, it was indeed a nice, flat course with only a couple of modest inclines, which was nice.  I was concerned that because it was mostly flat, I would tire more easily and my pace would suffer.  However, I managed to maintain a fairly consistent pace and I only walked once!  Mr. Marathon enjoyed the perks of the flat race for his 10k as well, however, the heat and humidity got to him too, despite his amazing third place overall finish.  Oh yeah! well I placed second in my age group, too!

After all the fun in Danville, we headed home to freshen up and nap for a bit until we headed north to Roanoke, VA, for the Light Up the Night 5k.  We arrived in time to pick up packets and hang out for a little while before the race began. The evening air was cooling off and the humidity was decreasing, which was more than welcome! We had done this race two years ago, so we were familiar with the course.  The morning run was flat and fast, but we knew that this race would be significantly hillier.  But that didn't stop us!  Mr. Marathon finished in 19 minutes and some seconds, which landed him 3rd place overall, and I managed to finish almost a minute faster than my morning run (which doesn't sound like much to non-runners, but a minute difference in a 5k is enough!).  After this race, we attended the after party which, if I'm honest, made me feel like P. Diddy or something.  It was ballin'.  It was held on the rooftop of a museum in downtown Roanoke, and there was food, beverages, a DJ, and an awesome view of the city! 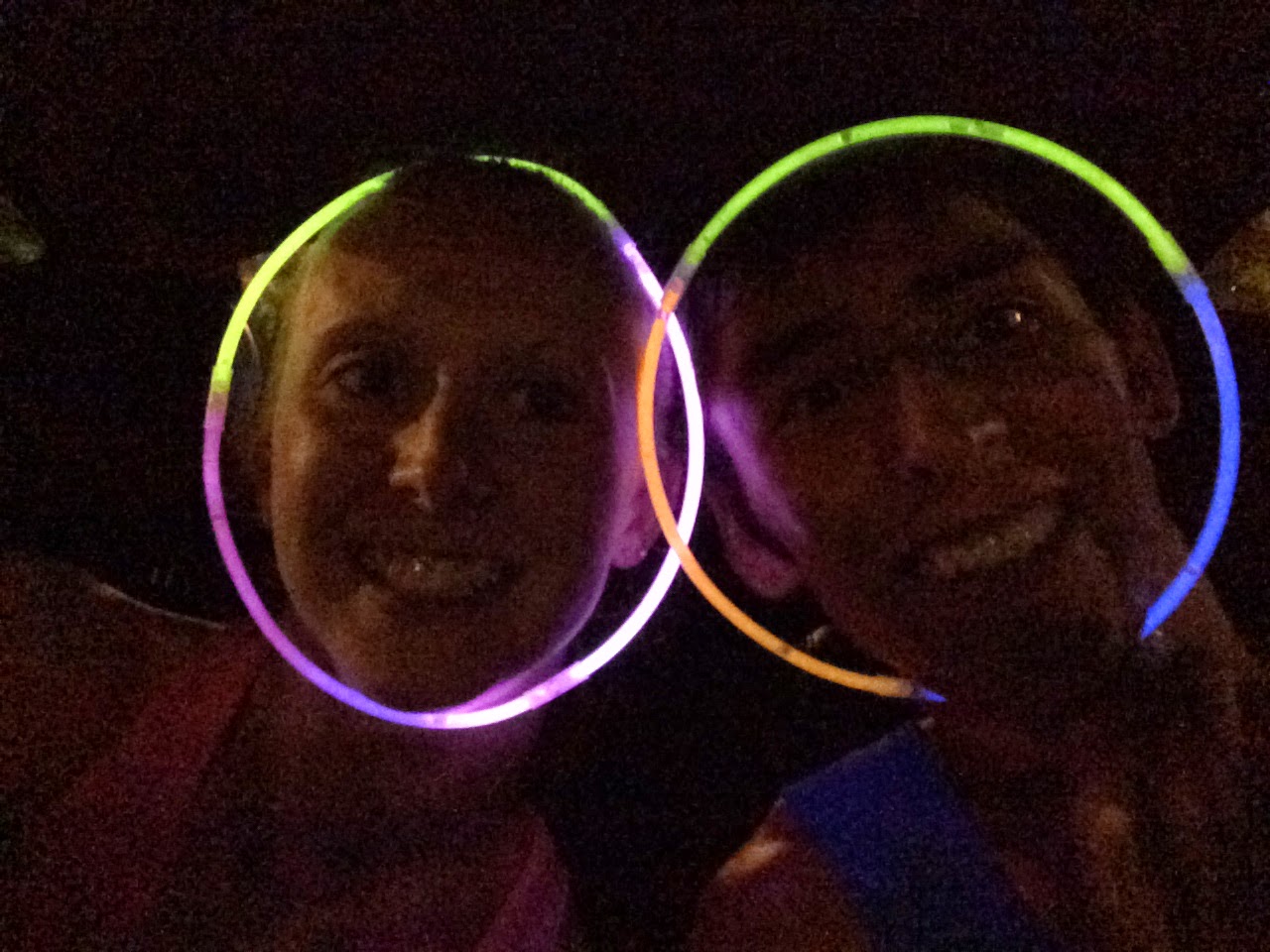 After all the fun and excitement, we made our way back home and slept like little babies.  Sunday was a rest day, but believe you me, we will be back at it this upcoming week, preparing for the next race, which is probably going to be a 4th of July run (to be determined!).

Today, Mr. Marathon and I took off to RUN WILD through the North Carolina Zoo.  We had another early morning this morning.  We woke up at 4 AM to hit the road by 5 AM.  Mr. Marathon, his mom, his 2 nieces, and I arrived at the zoo before 7.  We picked up packets, stood in a ridiculously long porta-potty line, then lined up at the start and took off.  Mr. Marathon obviously started at the front of the pack, but his mom and nieces started more towards the middle with me.

I was really looking forward to this run because it's not just a normal 5K.  This run took place through the actual zoo!  So obviously, I was looking forward to seeing some animals, and I brought my camera on the course with me just in case.  Well, I guess the 7:30 AM start time was too early for the animals, because none of them were out!  Except for 1 zebra, and I wasn't quick enough with the camera to get a picture of it.  Oh, well.  Besides the disappointment of not seeing animals, it was a nice day to run a 5K.  The weather was perfect this morning.  It was fairly cool with some clouds, and it was shady along the trails through the zoo, so it felt good.  The only surprising thing was the difficulty of the course.  We knew it would be a little hilly because we know the area, and we've visited that zoo before.  However, running it is very different from walking around looking at the animals.  Between mile 2-2.5 the hills were a little more intense than anticipated.  The slow inclines were unrelenting!  But, after the awful terrible horrible uphills, there was a nice, steady downhill from about 2.5 to pretty much the end of the race, which was very nice!

Now, I have to take a minute to brag about Mr. Marathon.  He's an amazing runner, anyway, let's be honest.  However, if you asked me yesterday, "How do you think he's going to do in the Run Wild 5K tomorrow?" I would have said, "You know, he probably won't do all that great..."  Why you ask?  Because he had a terrible, horrible, no good, very bad day yesterday!  To sum it up, he re-dislocated his shoulder (remember the first time that happened?), his drive home from work was tragic, his phone screen shattered, and he got a toothache.  A lot happened yesterday to him.  Despite his terrible, horrible, no good, very bad day, he kept a good attitude today.  But that's not all.  He decided give it his all today, and it paid off.  It paid off with a finish time and new PR of 18 minutes 53 seconds!!!!!!!!!  And he brought home 1st place in his age group!!!!!!! WOWIE.  And to think, a fellow runner warned Mr. Marathon that this is NOT a course to PR on.   He says CHALLENGE ACCEPTED lol.

Next up on our race calendar, we have a double header: Run for Justice 5K/10K in the morning, and Light up the Night 5K at night, both on June 21.  We'll be working hard getting ready for the next 2 weeks!

Email ThisBlogThis!Share to TwitterShare to FacebookShare to Pinterest
Labels: 5K 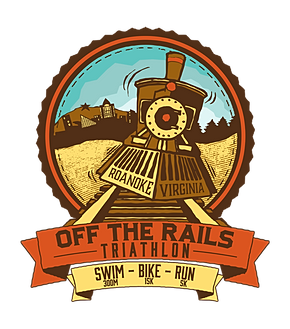 This past weekend, I participated in the Off The Rails Triathlon in Roanoke, VA.  It was the inaugural event for this particular race, so it is really cool that I got to participate in it.  I had seen it a couple of months ago advertised on a sign in Roanoke, and intended to sign up if I had enough time to train after my two April marathons.  However, things did not work out this way.  Last weekend at the Tuff Strutter 5K, apparently a friend of mine and my lovely wife made plans that I was not aware of while running.  I had forgotten all about this race, but it was a nice reminder, but a rude awakening as well.  They decided that ready or not, I was going to participate in this triathlon, even though it was only a week away.  But with the help of my friend, I was able to get three practice swims in at the local YMCA during my week of training.  I also took a practice bike ride one day, as well as two training runs.  Fortunately this specific triathlon was a sprint triathlon, which means it was short in comparison to others.  Even though it was shorter, I still shouldn't have skimped on the training.  If I had remembered about the race, I would have started training way sooner.  And I would have registered earlier than mere hours before registration closed.

Anyway, the actual event was quite the experience.  I began my morning with my chauffeur (Mrs. Marathon) driving me and my bike to Roanoke.  We woke up at 4 to hit the road by 5.  Yes, in the morning.  We arrived by 6 in time to meet a group of other local triathletes, some relay and others individual.  It was between 20 and 30 people from our little area, which is really impressive!  After we picked up our packets, got our numbers, and got body marked, we all set up our transition spots.  This was the newest part for me.  Fortunately, there were some experienced triathletes in the group with me who were more than willing to help me prepare for my first.


Once everyone was all ready to go, we lined up to start at the pool.  We started in 15 second waves, two individuals at a time.  Finally, after 18 and a half minutes and over 100 participants later, it was my turn to swim.  The swim was a 300 meter swim, which was three laps down and back of the 50 meter pool.


After the swim, I hopped out and walked leisurely to the transition area because I swear I heard someone say you must walk between events.  However, people were blowing past me, and I figured out that I heard wrong.  So then I put some pep in my step to transition to the bike ride, which was a small train wreck.  Since I was woozy from the swim (sea-legs?) and I had literally no idea what to expect, I fumbled my way through the transition until I was dry, clothed, and walking my bike to the mounting area (because LORD HELP ANYBODY who decided to mount their bike before that line....).  I took off on the 15K bike ride trying to find my groove.  After about 3 miles, I got my groove and I felt good about the rest of the ride.  Even though the course was a little confusing and lacked directional assistance, I managed to make it back to the transition area for the last leg of the race.

This transition went a lot smoother because I knew what I was doing and I was fumbling everything around like a drunk pirate.  Even though my legs felt heavy and drunk, I managed to rack my bike, change my shirt, and take off on the 5K run.  So even though there were a lot of participants walking, there was no way I was going to walk on the last event, considering it is my strongest area.  So to say the least, I did not walk!  But instead, I stayed strong and pushed hard.  I passed many people that had started way before me, which motivated me to push even harder!  But even when I passed them, I made sure to give them a thumbs-up and some words of encouragement.  I ran up the last hill as hard as I could because I knew that it was downhill all the way to the finish.  I managed to finish strong, or at least it felt like it!


My overall place was 33rd out of 133 finishers, with a total time of 1:03:19, which earned me 2nd place in my age group.  Not too bad for my first one right?  Especially with how little training I had!  I can't wait for the next one, as long as I have enough training under my belt!


After such an eventful morning, Team MHC Inspired got together for a post-race celebration, complete with cake!  The cake made it all worth it.  And going with such an amazing group definitely helped as well. :) 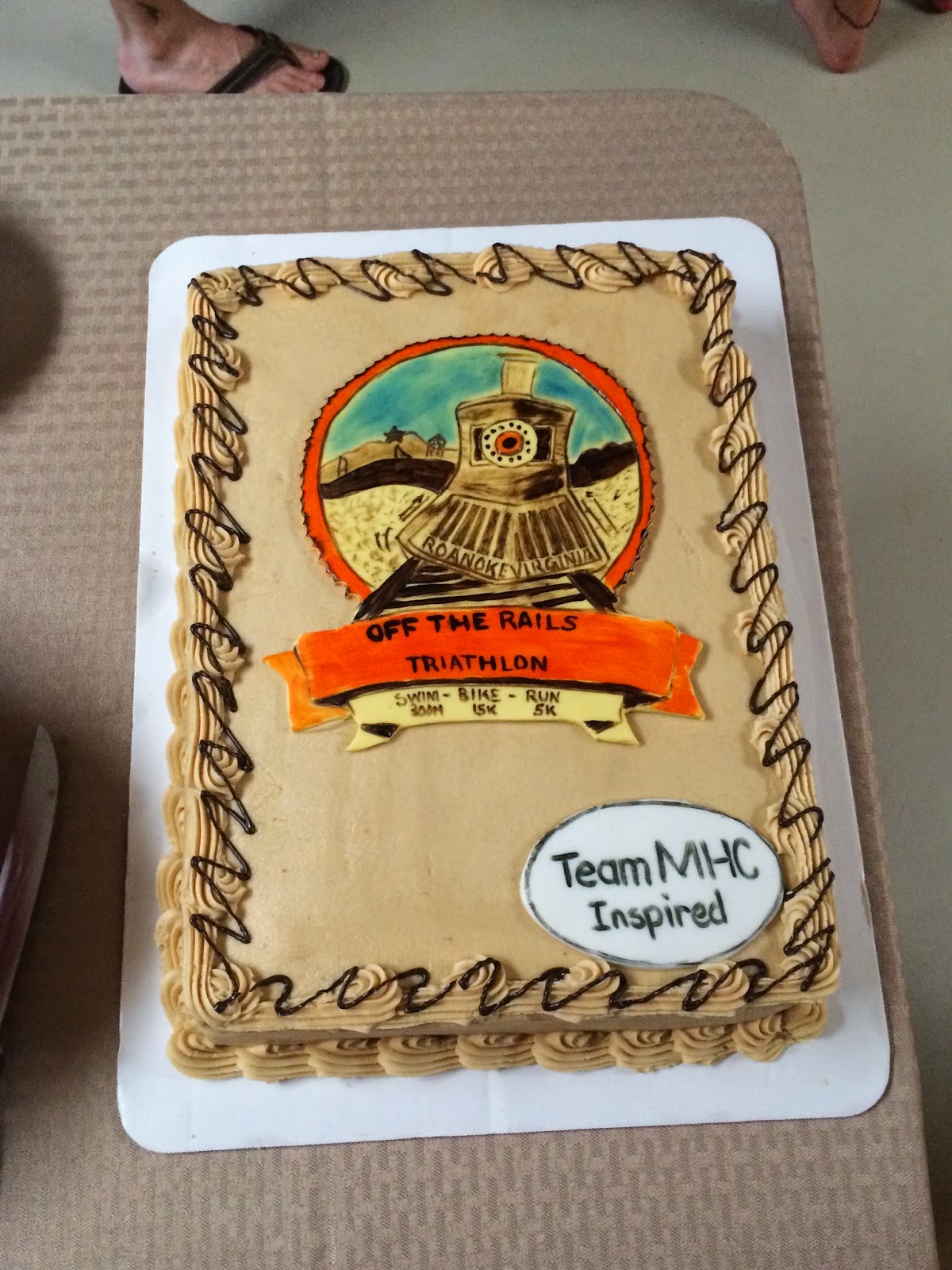