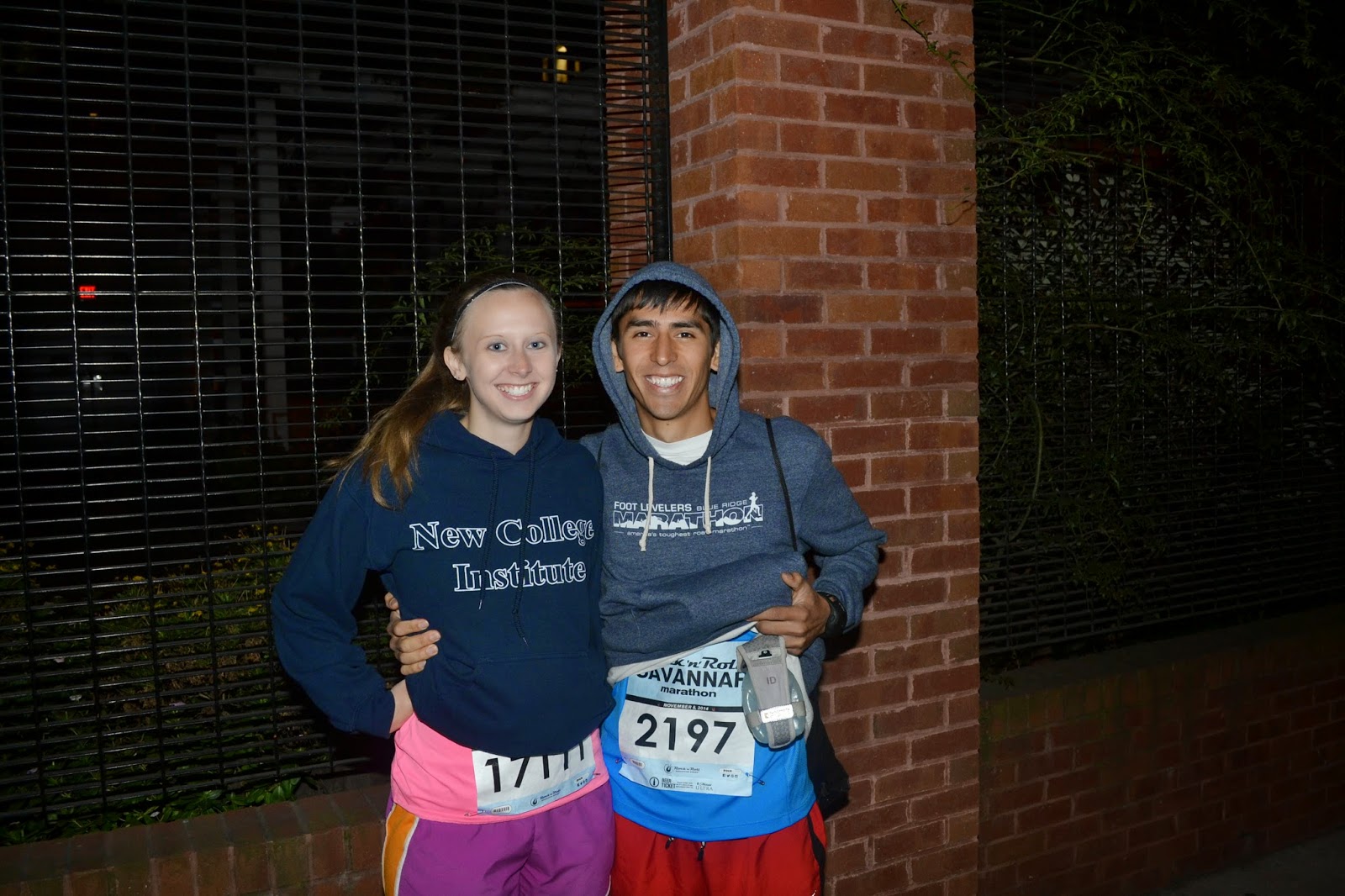 This ridiculously long blog post has been a work in progress since last week's Rock and Roll Savannah.  I have been thinking about what I want to say in this post, and how I want to say it.  The different variations of the title have been "Disappointment," "Dealing with Disappointment," and "Falling Short of Expectations."  All of these sound seriously negative, which is why I settled on "Overcoming Disappointment," because that gives the negative a little bit of a positive spin.  But why all the negativity, you ask?  Let me tell you about my side of the RnRSav marathon last weekend.

I was thrilled about running my very first full marathon.  I had put in 6 months of training (18 of those weeks were official training using a beginner's marathon plan).  I was very committed to the training, and I had done most of the training correctly, besides a skipped run here or there, and combining a couple of runs into a longer run, and maybe taking a couple of breaks in my long runs.  I thought I did a fantastic job training.  Sure, I thought I could have done better with my cross-training days or my stretching/foam rolling days, but I overall decided that I did a good job for a beginner.

Besides my commitment to training, I made sure to do my long runs in the clothes I wanted to wear on race day, including the same socks and the same shoes obviously.  And I made sure that I trained with the nutrition I was going to use on race day, including Vespa, Huma, and GU.  All of this made me feel prepared for race day.  I had my apparel down to a perfect outfit, and my nutrition regimen down to a science.  Once again, I overall decided that I did a good job for a beginner. 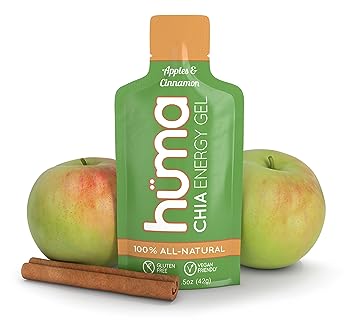 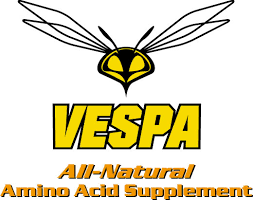 When it came down to race week, I had been dealing with an on-again-off-again infection in my throat, which was related to a course of antibiotics I had taken over the summer and some of my asthma medication which was fairly new.  I finally went to the doctor in sheer desperadoes the Wednesday before the Saturday of the race, after another flare up.  He gave me some ideas to knock it  out until race day, without loading me up on different medicines, since I didn't want to risk it.  The infection finally went away, just in time for race day, which was perfect.  I didn't want anything to mess this up for me.

During the week before the race, I made sure to eat very healthy foods that my body was used to, so as to not challenge my digestive system in such an important time in my life.  I made sure to properly fuel up all week, and of course on race morning, it was oatmeal and a banana.  Once I hit the start line, I felt like I was sufficiently trained, well fueled, and overall prepared.

But I was wrong. 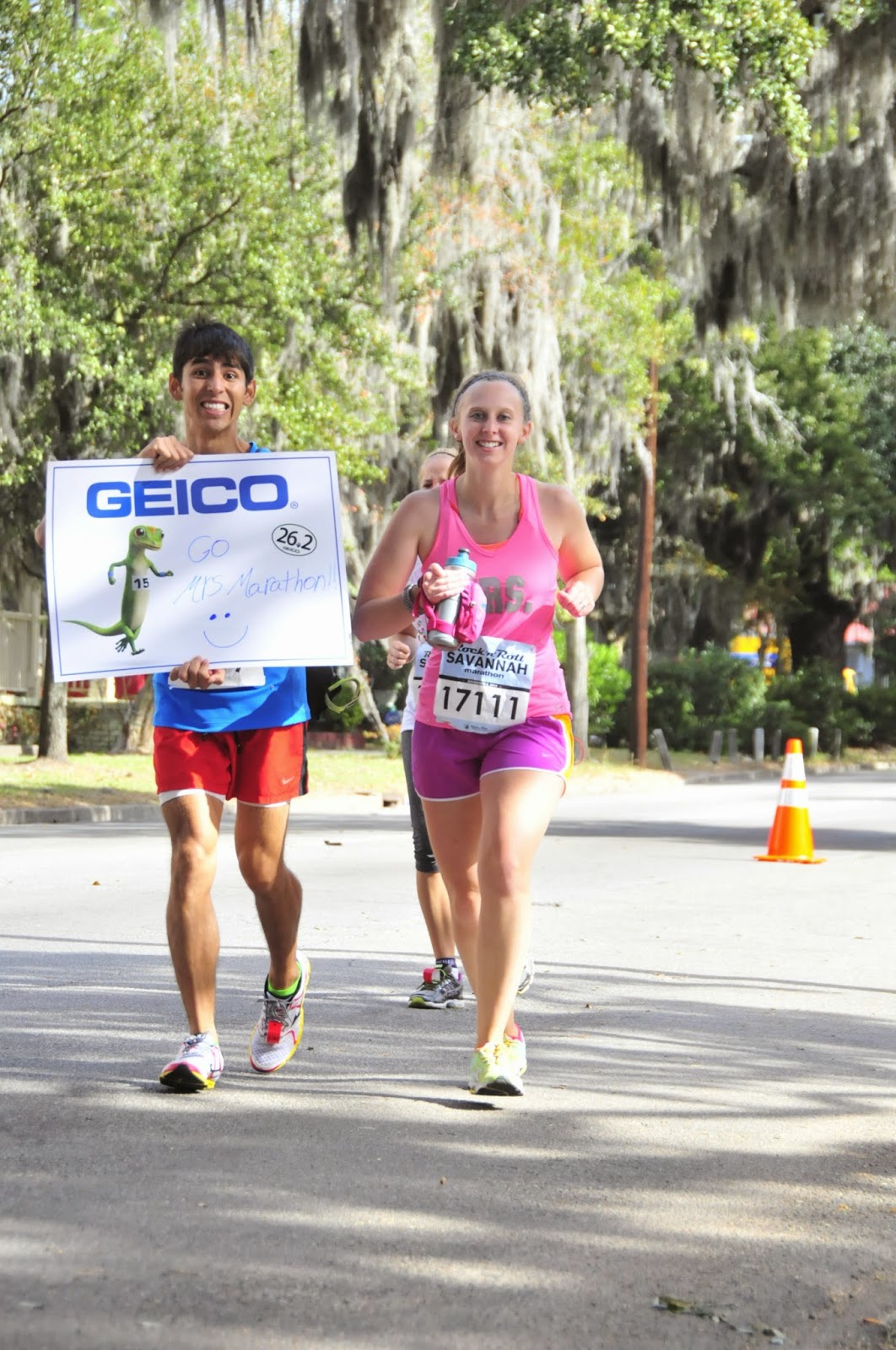 I was going strong for the first 8 miles.  Then, one of my toes started feeling weird.  But I kept on running.  I ran past a medical tent, and saw lots of people Vaseline-ing their toes and bandaging up their feet, when I got to thinking, "Do I need to do that?"  After about another mile or so, I decided that this weird feeling on my toe was indeed a blister starting up.  A blister?  After only 9ish miles?  Like ALL of my long runs were over 9 miles, and I have run 6 half marathons, and I have NEVER gotten a blister before.  I didn't understand how this was happening.  I kept pushing until I got the next medical tent, and took off my shoe and sock, and sure enough, I had a nice, big bubble popping up in between two of my toes.  I bandaged it up, and started up again.

From there, I kept a really nice pace going until mile 11.  I'll spare you gory details, but  I started experiencing some moderate to severe stomach discomfort.  I made a pit stop, and then carried on.  I couldn't understand why it was happening though.  I had trained with the same nutrition and hydration and everything!  Either way, my blister continued to bother me, and my stomach was still not feeling up to par, and I slowed down significantly after the half marathon mark. 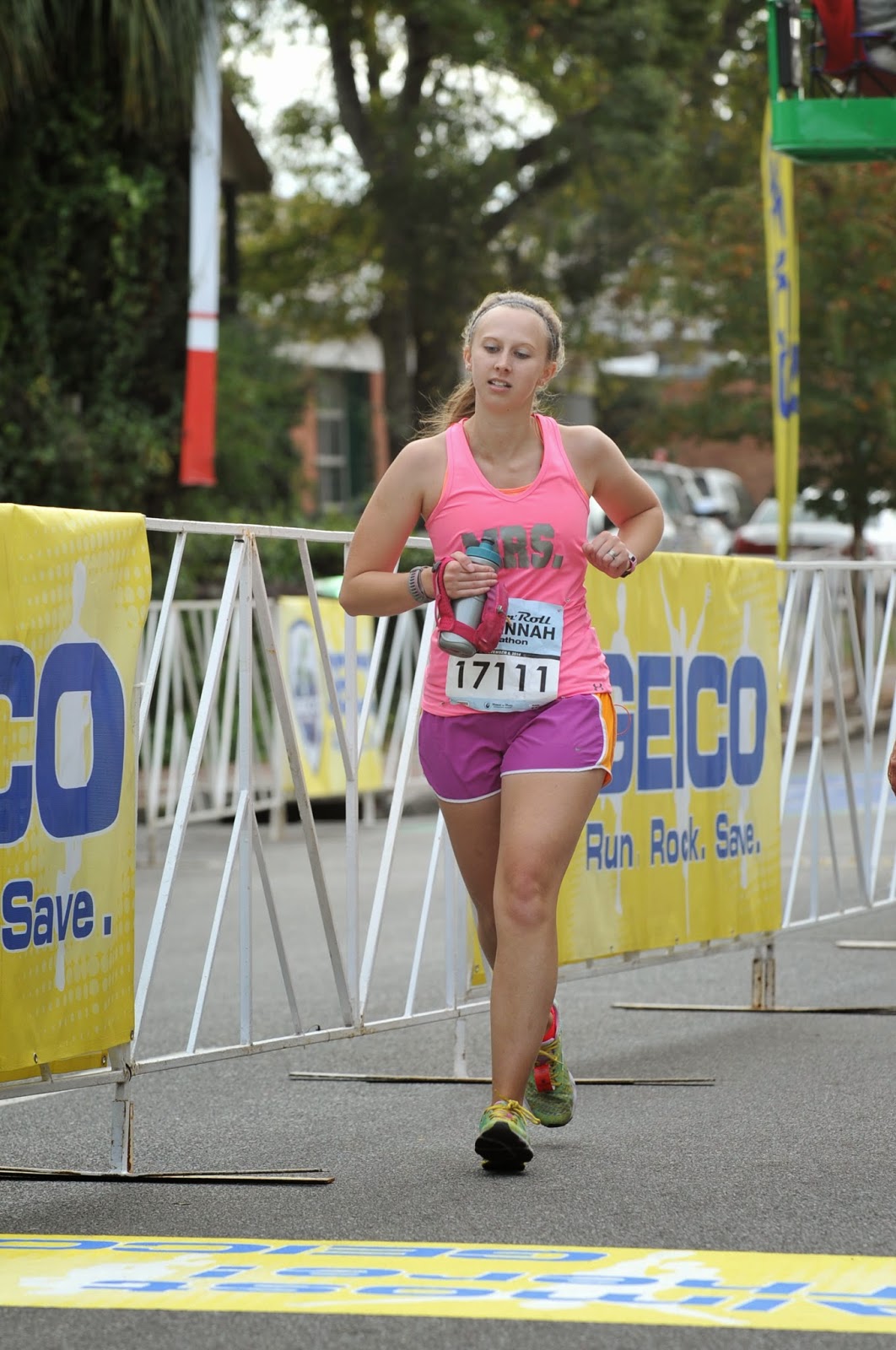 Not only did my blister and my stomach slow me down, but of course, this affected my mental and emotional state.  I started to get really down on myself.  I was on target to finish at a great time.  I promised myself that I wouldn't focus on the time, but that became more and more difficult as I continued to slow down more and more.  I tried to keep running, but my running pace slowed from 11 minutes per mile, to 13 minutes per mile, to closer to 15 minutes per mile.  RUNNING!  So I somewhat gave up and just walked.  Not even quickly.  I slowed to a leisurely stroll.  All because I felt like things were falling apart for me.  I even considered just stopping.  But I didn't.  At this point, I was almost at the 20 mile mark.  So reluctantly, I pushed on.  I kept going, with the weight of disappointment dragging me down.  Between miles 20 and 25 I tried to keep running, but when I realized it was going to take me over 6 hours, I really gave up.  I dragged my feet to mile 26, then I picked up my feet and started really running again, despite my blister and my stomach, which were still bothering me.  It was just a bad run.  All runners have those days and those runs, and this was just one of those for me.  Despite it being a bad run, I managed to run and smile and get some good poses for the camera, but I was bummed. 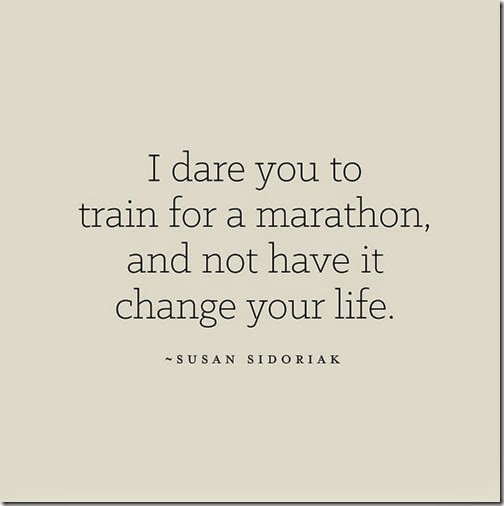 And I still am.  I saw this picture on Pinterest while looking for some marathon motivation.  This saying was very powerful for me, because I was looking for something life-changing at this point.  And one of the reasons I am most bummed is that I didn't get that life-changing feeling that something this great should have brought me.  But that's why I called this post OVERCOMING disappointment.  Because I am going to get that life-changing feeling in my next marathon.  I am going to train harder, and hopefully next time, it'll be a better day.  And I'll hit a marathon PR, and my life will be changed for the better. 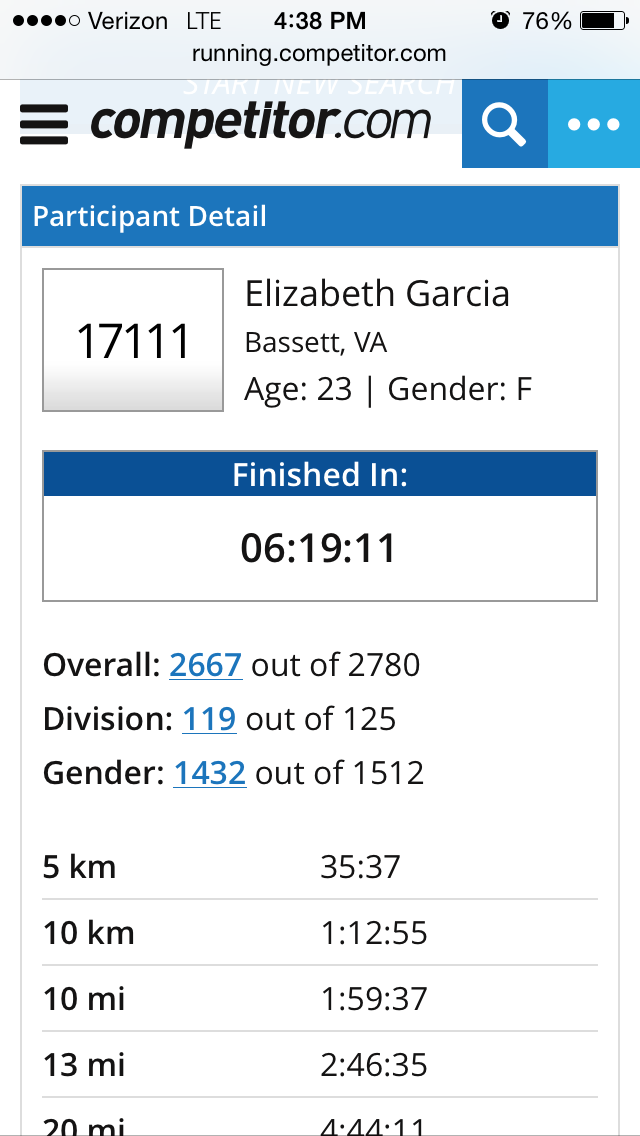