So this weekend we had a surprise event, we thought it was next weekend the 11th, but turns out, it was this weekend, the 4th, and we figured this out Thursday morning.... any who it was the Martin's Tour of Richmond Gran Fondo! Mr. Marathon took on a new challenge as we traveled to Richmond VA. He had signed up for this event back in June and he thought that by then he may be able to complete the 78 mile ride. There were four different distances: 29, 58, 78, and 101 mile rides. But Mr. Knucklehead said "Well if I'm going all the way to Richmond I might as well go for the full on Gran Fondo! As in ride the 101 mile distance!" He decided on that just this past week!

We arrived at the parking lot to our hotel in Richmond on Saturday at 12:40 am! And then our alarms were set for 5:50 am that way we could be ready to leave by 6:15 am, considering the location of the ride was 5 minutes away, we had plenty of time, just not plenty of sleep. As we arrived, we were being corralled to our designated parking spot, kinda like fancy cows in a fancy pasture! And by pasture, I mean the Richmond International Raceway!  After we parked the car in the fancy pasture, Mr. Marathon bravely approached the bib pick up tent, ready to up his distance from the 78 miler to the 101 miler.  After playing ring around the rosy a few times around the tent to pick up his old number, fill out a form, turn in the form, then get a new number, he was registered and ready to embark on his first century ride... or at least attempt it.  He knew if he was going to survive this, he would have to start slow and steady, which is exactly what he did.  After lining up and taking off at 7:30 am, he was off, slowly and steadily.  As everyone took off, he held back his adrenaline and decided to hang back.  He says at one point he feels like he was the last rider, but I'm fairly certain that's just him being a drama queen.  Either way, he hung back and continued slowly and steadily for the first 45 miles and made some friends along the way, including Jesse, a retired Marine; Ann, a biologist; and Ross, a computer programmer. 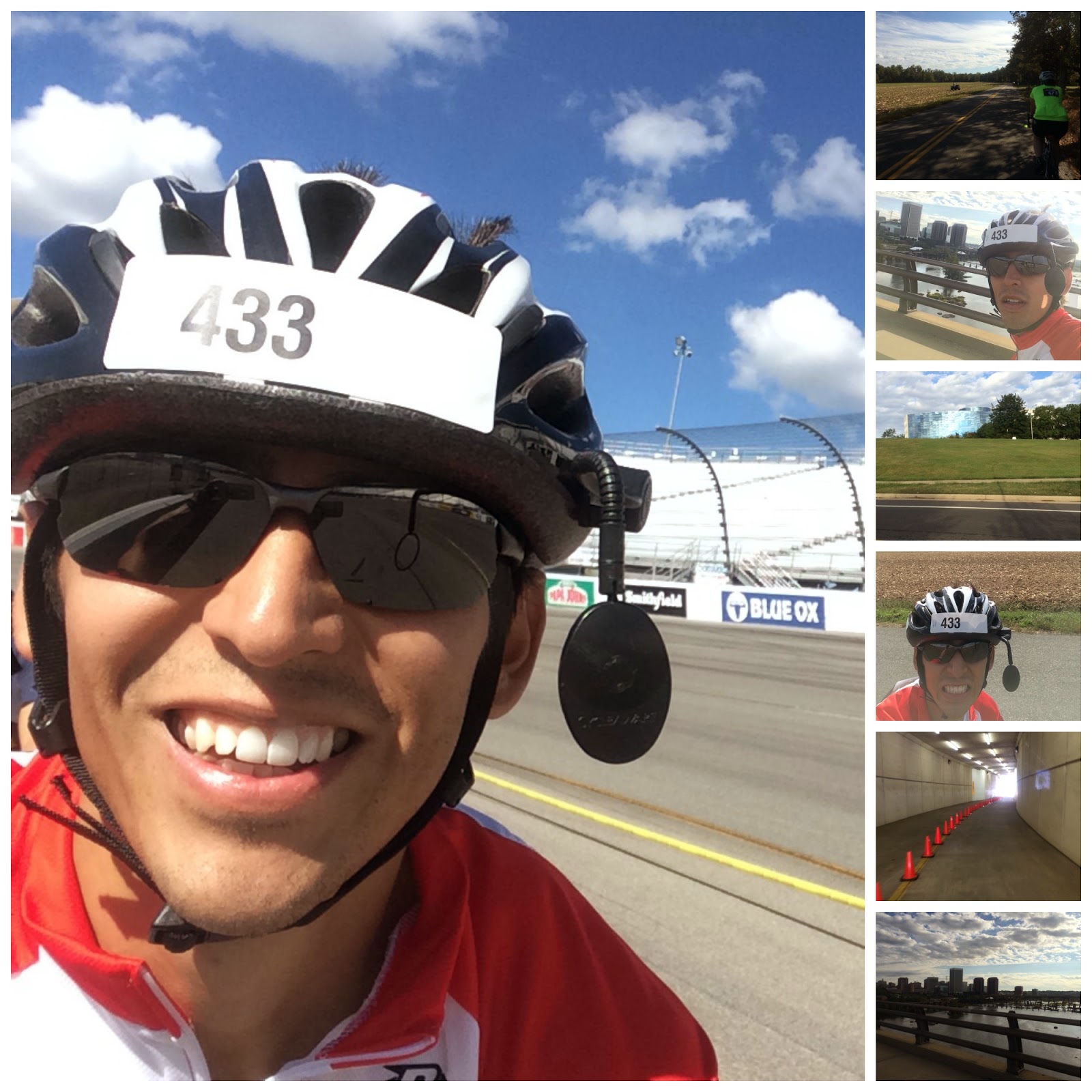 After about the 45 mile mark, he was feeling extremely good about his progress and decided not to stop by the aid station/rest stop and continued on, picking up the pace.  He continued on the second half of the course at about a 17 mph pace, and the second part of the course was shady, breezy, and very rural.  Approximately the last 35 miles, the wind picked up drastically.  It was really pushing him back it felt like.  But since he had 35 more miles to go, at this point, he knew he could do it.  It didn't hurt that the aid stations were awesome!  They were well stocked with just about anything you could want, and they were every 10-15 miles, which was nice.  Then, coming back in, he got to do a lap around the race track then came back out to the same place they all started, which was right outside of the track.  He ended up finishing in 7:06:04, which he was very pleased with, considering this was his longest ride to date!  Never did he think he could do something like this!  He certainly proved himself wrong.

And after we both made it home Saturday night, we went to bed at 8:30, then on Sunday, we both got a chance to do our long run for the week... 14 miles.  It was tough for both of us, not gonna lie.  But we did it!  And now it's over, thank goodness. 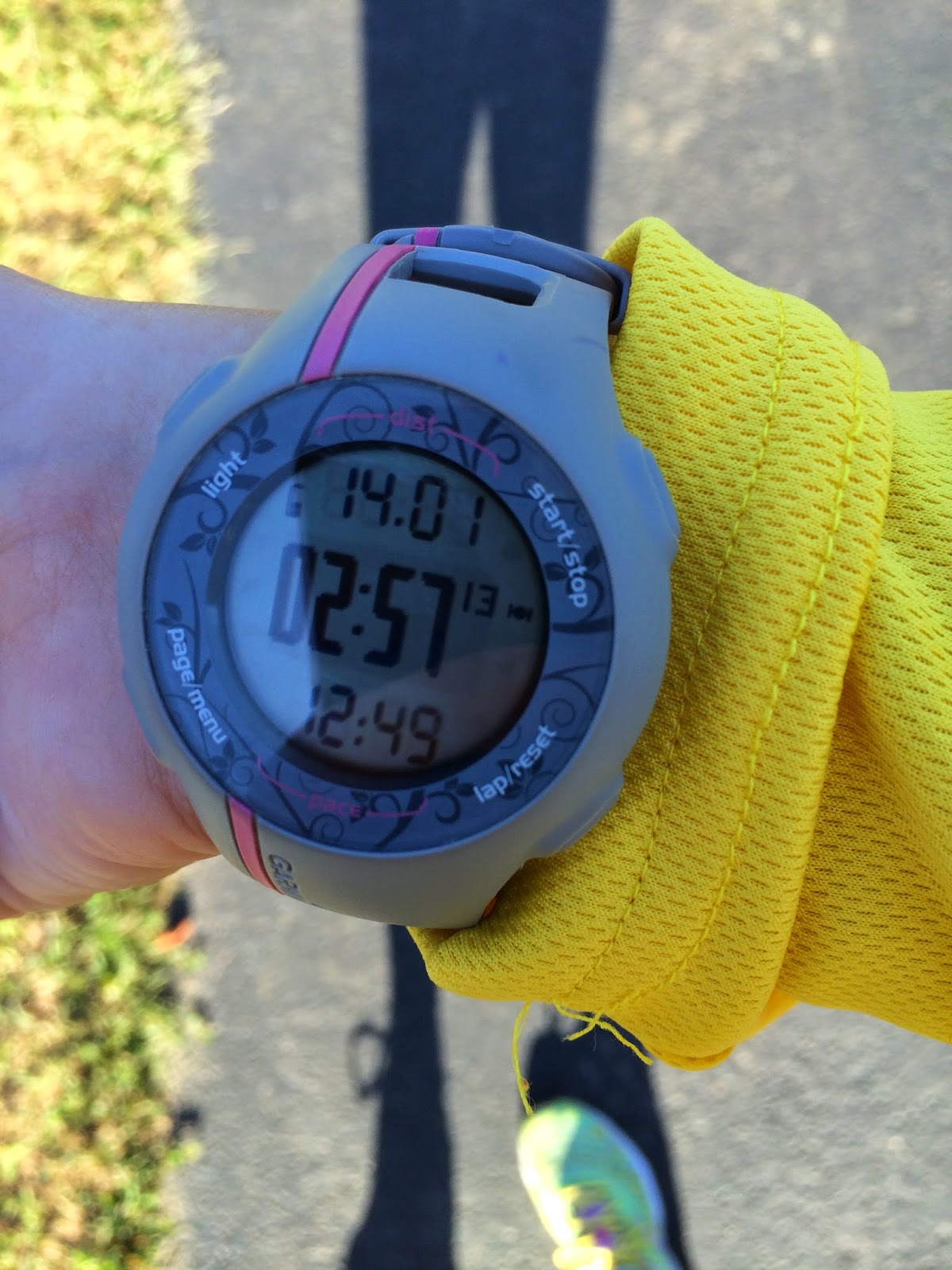 We have a busy schedule coming up here soon.  Next weekend on the docket is another 20 miler before I begin tapering down the miles until Savannah Rock and Roll, which is on November 8, just a little over a month away!  We also have a mini marathon coming up that we decided to do with some runner friends:

Email ThisBlogThis!Share to TwitterShare to FacebookShare to Pinterest
Labels: cycling