Mrs. Marathon here.  Yesterday, I conquered my farthest distance so far, with the help of Mr. Marathon.  Now, I hate making excuses, which is why I refused to do so yesterday.  I had heard about the Race the Bar 15K like a month ago and I was determined to do it.  I had to!  It's great training for my half marathon and plus, I needed a new challenge!  I signed up for it earlier this week, then of course, I had to get sick.  Mr. Marathon and I are good at getting sick right before a big race, aren't we?

Anyway, yesterday got off to a stressful start anyway, then I made it worse by assuming where the race was.  I knew it was in Winston-Salem, NC, which is a little over an hour away.  I finally looked it up about an hour and half before race time to find out that it was going to be an hour and 20 minutes away.  Ohmygosh.  I began rushing around freaking out, we finally hit the road and made it with five minutes to spare.  We pulled up to the location and slowly realized that we were in the wrong place.  OHMYGOSHH.  I looked it up, and there were two addresses listed for the brewery where it said it would be held... obviously the race was being held at the other location.  We hurried back to the car, left the parking meter that we had just paid for and made our way to the correct (we hoped so, anyway) location.  Roads were already blocked off, it was 10 minutes after the beginning of the race, a friendly cop lets us through since we had already registered and we parked and ran for the packet pickup (that was our warm up).  We saw that people were still lined up at the start... there is still hope, we thought to ourselves!

Turns out, the 5K had not yet started so the start line was still assembled.  It was chip timing so we could still start!  After freaking out and boohoo crying for 20 minutes, I pulled it together to run my first 15K and my longest distance to date: 9.3 miles.  Oh. My. Gosh.   I was so proud when I finished at 1:54:01.  We were the last ones to finish since we had started late, but turns out there were people who finished "after" us technically according to chip time.  So we weren't the slowest!  Mr. Marathon was so sweet and he ran with me the entire time, even though he could have finished in like an hour quicker without me.  I needed the support yesterday.  Everything was working against me.  Either way, we both placed first in our age groups because we were the only ones.  I am just proud I finished, but I definitely hope to do better in the future. 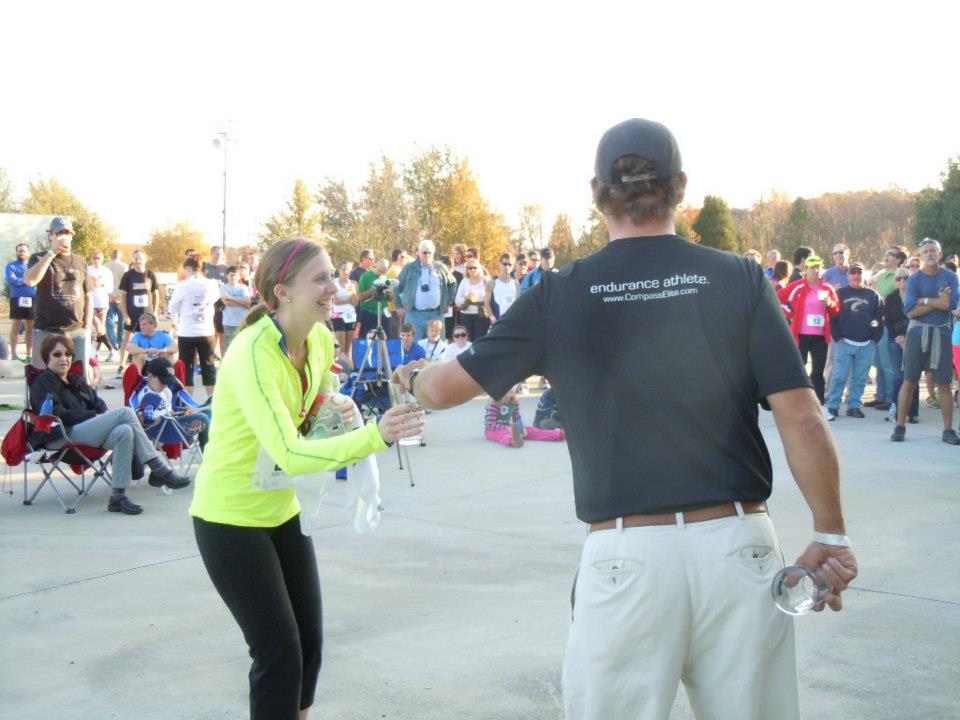 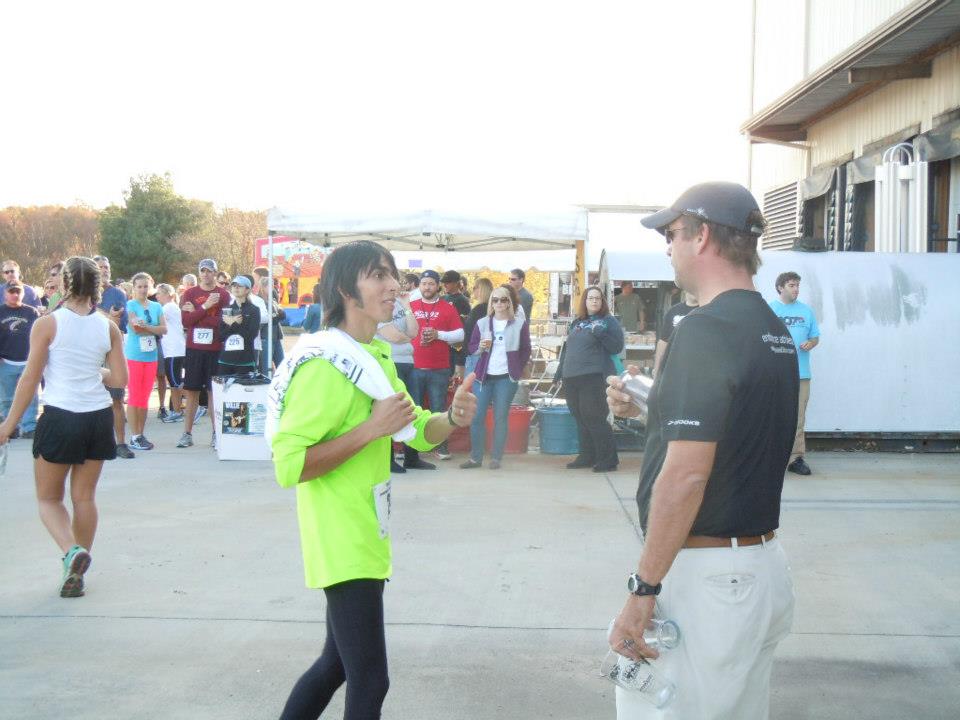 Here are a couple of pictures taken during awards yesterday.  They were totally candid, sorry.
Posted by Mr. and Mrs. Marathon at 8:57 PM