Last year between Memorial Day and the 4th of July, I had completed the Runner's World Run Streak (or the #RWrunstreak), which was just a little challenge set out by Runner's World to encourage runners to run at least 1 mile every day between the two major summer holidays. This was meant to help runners keep running through the summer. It is so hard to get motivated when spring racing is over and fall training hasn't quite started. So I needed this kick in the rear to get me into gear! Last year, Mr. Marathon did not join me due to a busy schedule. This year, we both completed the 37 days in the challenge, and then some! We both have officially (as of today) made it 70 days!!!!!!!! Let's look at the mileage:
HIM: 335.5
HER: 249.65
Danville Braves 5K
Mr. Marathon also completed a 5K during his run streak. This race was on July 15 in Danville where he works and goes to school. This race was hosted in conjunction with Danville's local minor league baseball team on a Saturday morning before the Braves played that night. Mr. Marathon has been working on speed training so he was very excited to see what he was capable of at this point. He went out racing and hit the road. His biggest competition were 2 teenage guys who were leading for most of the race. He hadn't been feeling that great, so he was having a hard time breathing, which is kind of important for running. DUH. He ended up pulling away in the last mile and one of the 2 guys was still right by his side. The course finished unfortunately on an uphill, which he was thinking that would be where he would lose the race. However, the other guy apparently had the same thought. Halfway through the hill, he wanted to slow down, but just as he was thinking that, the other guy stopped because he got light-headed (Mr. Marathon looked back to make sure he was ok!), and a course volunteer went over to help him. This gave Mr. Marathon the lead and the extra motivation to kick it and finish strong. He took 1st place overall with a time of 18:50! A great time! Even better, the overall male and female winners were given the privilege of throwing the first pitch at the Danville Braves game that night! So that was a fun experience! And he got a cool bat trophy as his award. All of this, just to find out 2 days later that he had BRONCHITIS..... for the past FOUR WEEKS. 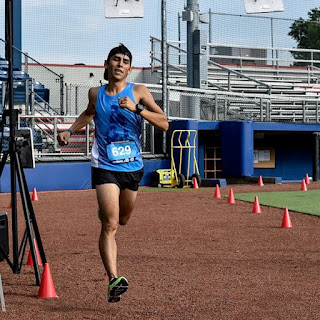 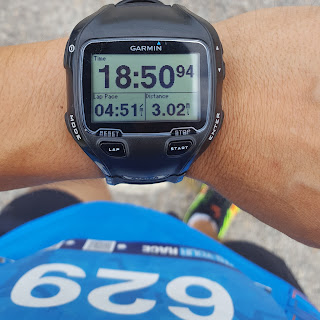 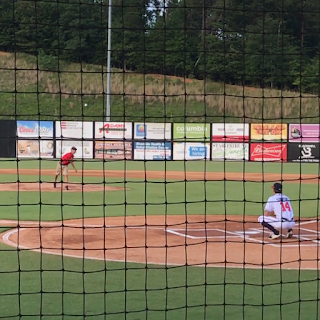 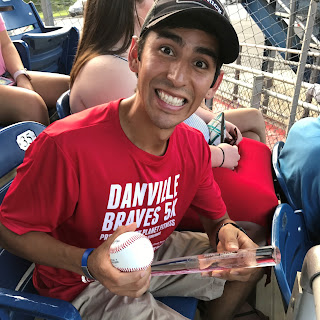 Back to the Run Streak
This all being said, we made it past the 37 day mark, then I wanted to go further than last year (42 days), and then we decided to just keep going until the end of my summer before I start teaching again this school year. This is the end of our intentional, official #RWrunstreak. If we keep on streaking from this point on, it will be unofficial and unintentional. We made this conscious decision because today is a very important day for me. It is Day 1 of my MARATHON TRAINING PLAN! I am now IN TRAINING for a fall marathon! I am still undecided which one. I am torn between the Richmond Marathon and the Outer Banks Marathon. They are on November 11 and 12 respectively, so my 14 week training plan kicks off today regardless. 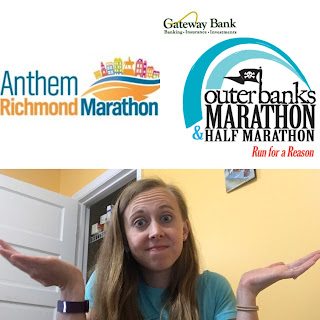 Pictures!
Last year, I took a picture and posted it on Instagram every single day. This year, I tried to take a picture most days, but some days I was just not feeling it. Sometimes I took a billion pictures and hated them all at the time so I didn't post them. So here you go, you can get some inside scoop, never before seen photos of my #RWrunstreak! A picture for every day!